Today, we see that the mess that is labeled “College Football ‘Playoff'” hasn’t changed.  It still remains a bungled, bogus joke that is touted by sport analysts as, “the best system they can think of“.

The best system they can think of?

I find that difficult to believe because every other level of college football has a playoff consisting of more than 8 teams.  Even high school and peewee football leagues have a playoff system where multiple teams are rewarded with the opportunity to play for a championship.

Instead, the FBS uses a bias-filled ranking system where a group of pathetic cattle are appointed to a committee where they argue their opinions about who they favor to be the four pathetically top-rated teams in the college football world.

Additionally, the members of the pathetic CFP committee continuously state that they are all about rewarding or penalizing teams for how they perform on the field during those coveted last four or five weeks of the regular season; sadly, the 2017 college football season was proof that their confessions hold zero truth.

Because the committee decided to place a team among the top four teams in college football even though that team:

1. Did NOT play in their conference championship game.

2. Did NOT win their division in their respective conference.

3. Did NOT finish higher than third in their respective conference.

That’s correct . . . a team that was supposed to be penalized for losing in the last four to five weeks of the regular season and finished THIRD overall in their respective conference was selected as one of the FOUR  —  OVERALL  —  BEST  teams in the FBS.

Yet, the team that beat them head-to-head in the final game of the regular season, finished first in the same division, second overall in the same conference and played in the conference championship game was left to wonder, “how the hell did we get left out?”

Consequently, the pathetic intelligence that makes up the college football decision making believe that no one outside of their circle of confusion and mindless stupidity could ever come up with a better system that would keep the bowl games intact and also allow for a playoff consisting of more than four (4) teams. 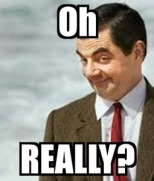 Before each season begins every bowl game would be assigned to a specific tier based on specific criteria. (i.e., Amount of dollar payout to participating teams, Average ticket sales per year, Overall stadium capacity, Location… and so on and so forth.)

Tier 1 Bowl Games would be those that have the overall highest payout to competing teams along with largest stadium capacity/ticket sales in previous years, warmer climate, etc…

** Only allow 120 total teams in Division 1 with twelve (12) total conferences, each conference having a maximum of TEN (10) teams.  NO DIVISIONS! — NO INDEPENDENTS! — NO EXCEPTIONS!!  (this means Notre Dame will have to join the ACC or some other conference! — commit to a conference or stop playing football!)

TRY to restructure conferences so each conference has more parity.

All teams will play 12 games per regular season. Nine (9) game conference schedule along with three (3) non-conference games that should be against FBS opponents.

If FBS teams schedule lower division teams from the FCS, penalize those FBS teams by shrinking the revenue shared from bowl and conference payouts.

ALL college football seasons will begin the third weekend of August and no later than the first weekend in September.

All regular season games should end BEFORE Thanksgiving weekend.

Once all the regular season games have been played, the top two (2) teams in each conference will move on to play in round one of the playoffs.

All remaining bowl eligible teams (6+ wins) will be seeded and picked to play in respective bowl games.

Round one of the playoffs will be begin on Thanksgiving weekend but no later than the first weekend in December.

Using an Algorithm for Ranking and Seeding Teams…

Beginning after week one and continuing throughout the season a group of mathematicians and computer science wizards will work together to formulate algorithms that factor in specific calculations for game variables.  Those calculations will provide a weekly ranking similar to the old BCS rankings.

#2 –  ALGORITHMS — The same algorithms used during the regular season for rankings will be used for seeding all 24 playoff teams.

**Note: a variation to this format could be that the semi-final games and the championship game be played on the same neutral site.

AFTER TEAMS ARE SEEDED FOR THE PLAYOFF . . .

Bowl representatives would begin the selection of choosing the remaining teams who finished third or lower in their respective conferences.  All bowls would select from bowl eligible teams (6+ wins) until all bowl slots have been filled. Tier I bowls would get the first choice of teams, Tier 2 bowls would get second choice and so on.

If there aren’t enough bowl eligible teams (6+ wins) to fill the remaining bowl games, teams that finished the regular season with a 5-7 record would be selected based on their highest APR rankings until all the bowls are filled.

Completion of the Bowl Games and Playoffs

Depending on the calendar year, all bowl games and playoff games would be completed on or around the first or second weekend of January.

So there you have it.  That’s my plan to fix the broken mess of FBS division college football playoffs.  I know it’s not perfect, but it’s better than what we have currently where some teams are left out and others are allowed in for the sake of bias and/or money.

Again, it’s not perfect.  It needs some tweaks.  It won’t be easy, nor will many of you pathetic, blowhard college football fans enjoy the changes, but it could work.

It’s not rocket science.  It’s a pathetic college football playoff system that should be better than it currently is.

They should also have weight sensors that sense the weight of the garage door within a specific range that will trigger a very loud and annoying audible alarm if it senses that the door did not open automatically when those carbon monoxide levels have reached a critical state.

The alarm would have to be manually shut off within 2 minutes by pressing the door opener button either on the wall or the handheld remote three times; and if that doesn’t happen, the device would automatically send an emergency call to 911 that the levels are extremely high and someone is in danger.

Not a fool proof idea…but it’s pathetic someone hasn’t thought of this before now.

A very wise message from a very wise young lady. — please give all comments and credits to the writer of the post. (reblog from Krizsummer.wordpress.com)

It’s past midnight here in our country, and I still can’t sleep. This has been my life for the past weeks. Maybe, I’ll get used to this.

I was reading some random blogs earlier. Some of them I just passed by, some of them I really did like, but some left me thoughts of how they hated men. That’s sad. Really sad. If only I can give them all a hug, and tell them that not all of them are bad, I will. 🙂

Men are not stupid. Maybe not all of them.

I had a memorable conversation before with my Dad when I was on my early teen years. I dropped my phone accidentally, and he’s the one who got it. The screensaver popped up and it shocked him what was stated in it.

It says, “Guys are Stupid”. All this time he believed his daughter is a nice…

This is a pathetic holiday 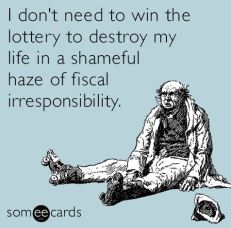 Say you’re a happy-go-lucky person with $1,000 burning a hole in your pocket, and you decide to “invest” this money in lottery tickets, and keep on reinvesting the proceeds of your bets to buy even more lottery tickets.  How long do you think you could keep this game rolling?

In other words, two weeks of playing the lottery has left you too broke to afford a single lottery ticket. You’ve gambled away nearly every cent you started with.

It’s no wonder Bloomberg calls it the “Sucker Index.” 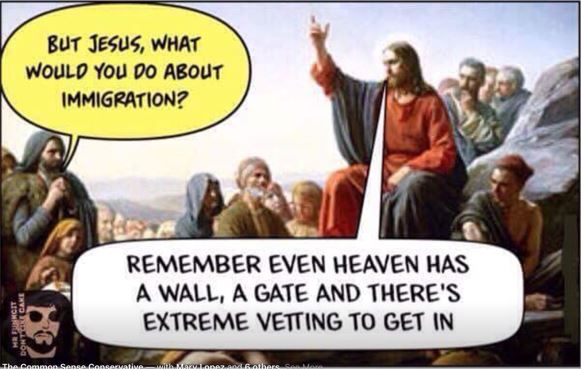